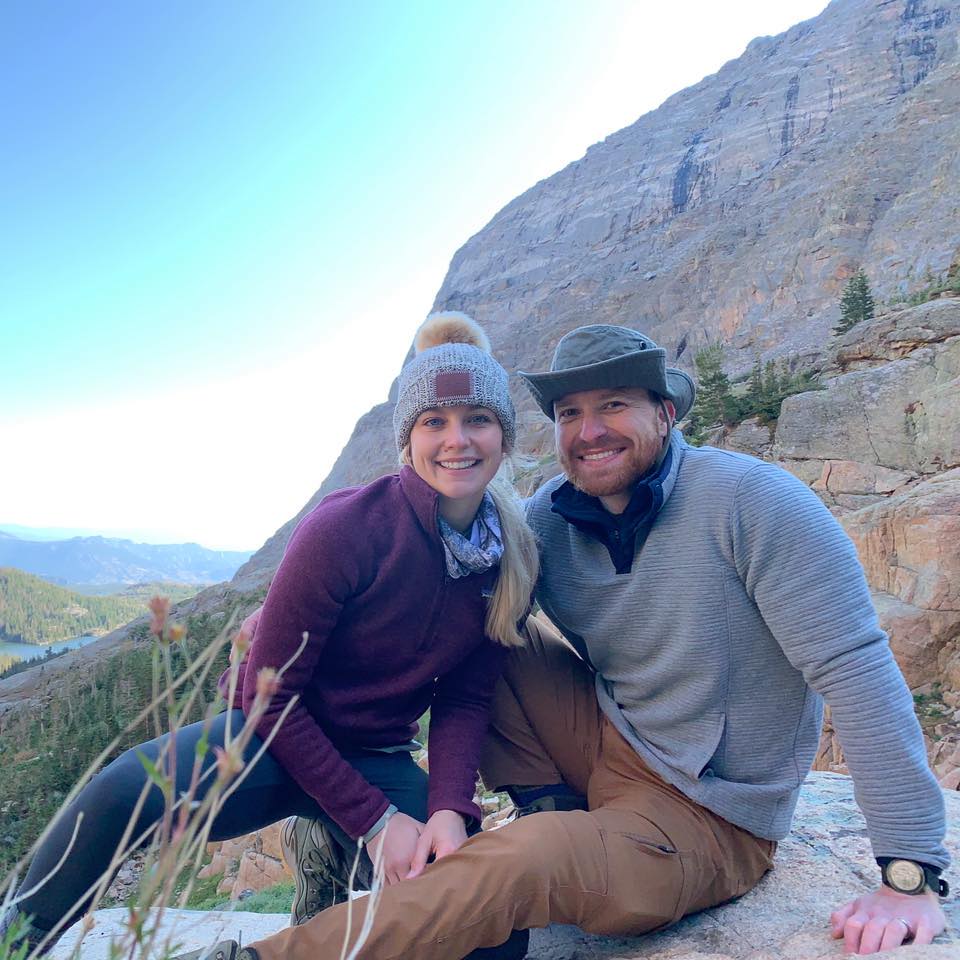 I remember the day like it was yesterday:  July 27, 2018.  I was driving home from Hobby Lobby and I was rubbing my right thigh since my legs were a little sore from working out the prior day.  I felt a small lump in the middle of my thigh that seemed to be really deep under the skin.  I was immediately worried because I’ve never had any health issues and something like this was very abnormal for my body.  Being from a family with a long history of various cancers, my initial gut reaction was that this is cancerous.  I just had that feeling.  Then, ironically, the first Google search I did for “deep lump under skin on leg” showed “sarcoma” as the top result.  I had never even heard of this before, but it appeared to be the worst-case scenario.  I wrestled with whether or not to tell my husband, Brandon, that I had found this lump because (1) I knew he would worry and (2) part of me hoped that it would just go away.  I ended up telling him later that night and he suggested that I have it checked out the next week.  I met with a Physician Assistant at my work’s onsite clinic and she ordered an ultrasound.  The results ruled out the possibility that it was a lipoma, so she referred me to another doctor who ordered an MRI.  The results of the MRI showed that it was some type of tumor, likely a benign nerve sheath tumor or Schwannoma tumor.  I was referred to an orthopedic oncological surgeon in my hometown of Indianapolis for surgical removal.I was told that this surgeon was great, but a few red flags were showing up.  I was still convinced in the back of my mind that this lump was cancerous, but he didn’t think a biopsy was needed.  He also thought the MRI was showing more of a myxoma tumor, so there were varying interpretations of the MRI.  The final red flag was three days before my scheduled surgery when Brandon talked with one of his coworkers who had just so happened to have a similar surgery with this surgeon and he had misdiagnosed her sarcoma as something benign as well.  Her sarcoma had been spread during that surgery and she ended up going to MD Anderson in Houston, Texas for further treatment.I was very hesitant to continue with the scheduled surgery, but I was continually assured by the surgeon that it was likely a benign tumor and the entire tumor would be removed anyway so no biopsy was needed.On September 18th, the tumor was removed and analyzed by the pathologist during surgery, and everything appeared to look benign.  However, the tissue was still sent off for further outside testing.  Four weeks passed and we received a call from the surgeon that the Mayo Clinic pathologist had determined it was Clear Cell Sarcoma, a very rare aggressive sarcoma that makes up only 1% of sarcomas.  Another quick Google search had me panicked and in tears.I was fortunate that the margins were narrowly clear, but the standard protocol was to have wide margins.  We immediately set up appointments at MD Anderson where there were doctors who treat Clear Cell Sarcoma on a weekly basis.  In the few weeks between hearing my diagnosis and flying to Houston to talk with the experts, I had a PET scan and another leg MRI that were both clear and showed no evidence of disease.I met with my surgeon at MD Anderson on October 26th and she determined that my surgery would involve taking wide local margins around the original tumor location and sentinel lymph node testing to determine if any lymph nodes were affected.  On the day of this surgery, October 29th, the surgery took only 90 minutes and the preliminary results showed that no cancerous cells were found in the wide margins or in the lymph nodes.  The final pathology report several days later confirmed this.  I was so relieved.In the months that followed, I found out through genetic testing that I am BRCA1+, which increases my lifetime risk of breast and ovarian cancer.  This, too, was something that I already had a gut feeling about since my half-sister had it as well.  In addition to my regular follow-up scans for Clear Cell Sarcoma, I now have regular scans for breast and ovarian cancer.I hope that sharing my story helps bring more awareness to Clear Cell Sarcoma and demonstrates how easily this rare disease can be misdiagnosed, leading to poor prognoses in many cases.  I know there is a cure out there and I know that Sara’s Cure will be instrumental in finding it one day.Until then, I’m going to keep living my best life.