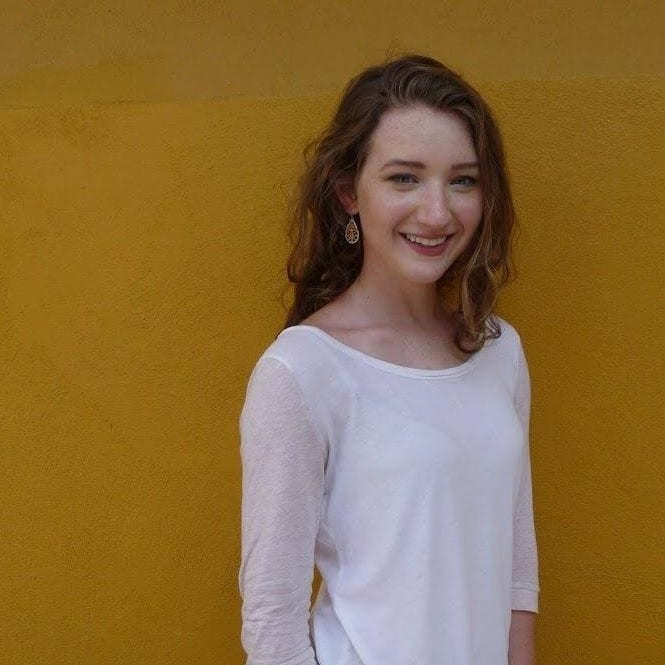 Sara’s story begins on a mission trip to rural Guatemala, where she began experiencing an excruciating stomach pain that local doctors could not treat. After a middle-of-the-night emergency ride on grueling back roads through areas known for drug trafficking and extortion or worse. Sara and her mother made it to the hospital in Guatemala City. Sara underwent immediate surgery to remove a malignant tumor from her intestines.Once well enough, Sara flew home to Charleston, SC were she was immediately admitted to the pediatric cancer ward of MUSC. A serious infection developed and Sara spent the next 23 days fighting for her life in the hospital. When she finally went home it had been over a month since her initial trip to Guatemala. Her doctors had a diagnosis: clear cell like sarcoma of the soft tissue. Sarcoma is rare and Sara’s cancer is considered the rarest of the rare. Sloan Kettering Memorial Hospital in New York confirmed it to be the gene fusion of EWSR1 – ATF1.Though the main tumor had been removed with surgery, there were still other inoperable spots in question. Doctors disagreed on whether they were metastasis or infection. From there, Sara went to MD Anderson Cancer Center in Houston, Texas, the team felt she had infection and wanted to wait to treat and see if any areas got bigger. Sara had scans every six weeks to make sure the targets were getting smaller. She had one scare where a spot near her liver looked larger, but a surgical biopsy revealed that it was vegetable matter, no cancer.Sara continued to travel to Houston every six weeks and after no signs of growth, her final PET scan was in March 2016.  Her doctors decided to have an MRI done in Charleston to use as a baseline.  Every 12 weeks, Sara was scanned at MUSC, with no new growth. Good news.But not long after, Sara began having severe pain in her side and back. This triggered a series of tests including a HIDA scan which revealed a bad gallbladder. On October 26, 2017 Sara’s gallbladder was removed along with the ball of infection—a fungus ball— that had been the source of concern near her liver. Though she’d had another surgery, things seemed positive, that Sara had been spared from cancer.During the 2017 holiday season, Sara began experiencing night sweats and intermittent abdominal pain.  She had just started taking a new medicine and at first, her symptoms were attributed as side effects. No one thought this horrible cancer was back. Sara had just had more scans with stable or reduced targets showing the infection area were being absorbed by the body.MLK weekend Sara slept a lot and still was experiencing the night sweats. Sara went to the doctor about the night sweats she was still experiencing. Her doctor ran a basic blood panel and found hemoglobin was low yet her iron was ok. Something was not right. This triggered the next battery of scans and blood work and a month in two separate hospitals.After seeking several opinions, it was decided that Sara needed to go back to a cancer center. But because of an insurance change, Sara could not go back to MDAnderson without an upfront payment, even though her team had been there for 18 months.
Enter Memorial Sloan Kettering . Since Sara had a second opinion there in 2016, she was already considered a patient. They were the only hospital with the technology to diagnose the tumor gene fusion. They helped get Sara from her hospital bed in South Carolina to MSK in New York within a few hours. They did the biopsy and on Feb. 2, 2018 they gave the news that the cancer was back.This time the tumor had grown to over 5cm after staying stable over a year and had reached several lymph nodes. Dr. Singer and his team of medical rock stars removed a mass of gnarled infection and tumor along with two feet from Sara’s small intestine from about the same spot as the original surgery.  Pathology reported it to be the same.  Dr. Singer investigated her entire gastrointestinal tract and removed infection from other areas and washed her belly out.  It was a very difficult surgery for Sara and the following 24 hours were severely painful.  She had a private nurse and spent the night in the ICU because her blood pressure was extremely low.  She had several blood transfusions and meds had to be closely monitored.
Sara has endured more pain and physical suffering than most people will in a lifetime. She thinks she is weak but in reality, Sara is incredibly strong. This beast called Sarcoma is vicious and relentless. It spent the last year and a half stewing silently until her strong young immune system could take no more and it grew into a monster quickly.Chemotherapy nor radiation have been proven to do any good. Possibly the opposite. So Sara’s only hope is resection if and when it returns or a targeted therapy that can silence the mutation so her own immune system can keep her healthy.  Science is moving rapidly in this direction of immunotherapy and fastest for the more common types of breast, lung and colon cancers.  The same mutations are many times found in Sarcoma like Sara’s but it is low on the research priority list.
This is where we need your help.  We are working with a researcher to fund work strictly on the EWSR1-ATF1 gene fusion as it relates to the GI tract. Obviously this is very expensive work and we need all the help we can get. It may be expensive to fund, but it’s vital. It’s there we will find a cure for Sara and many others that suffer with these orphan tumors.