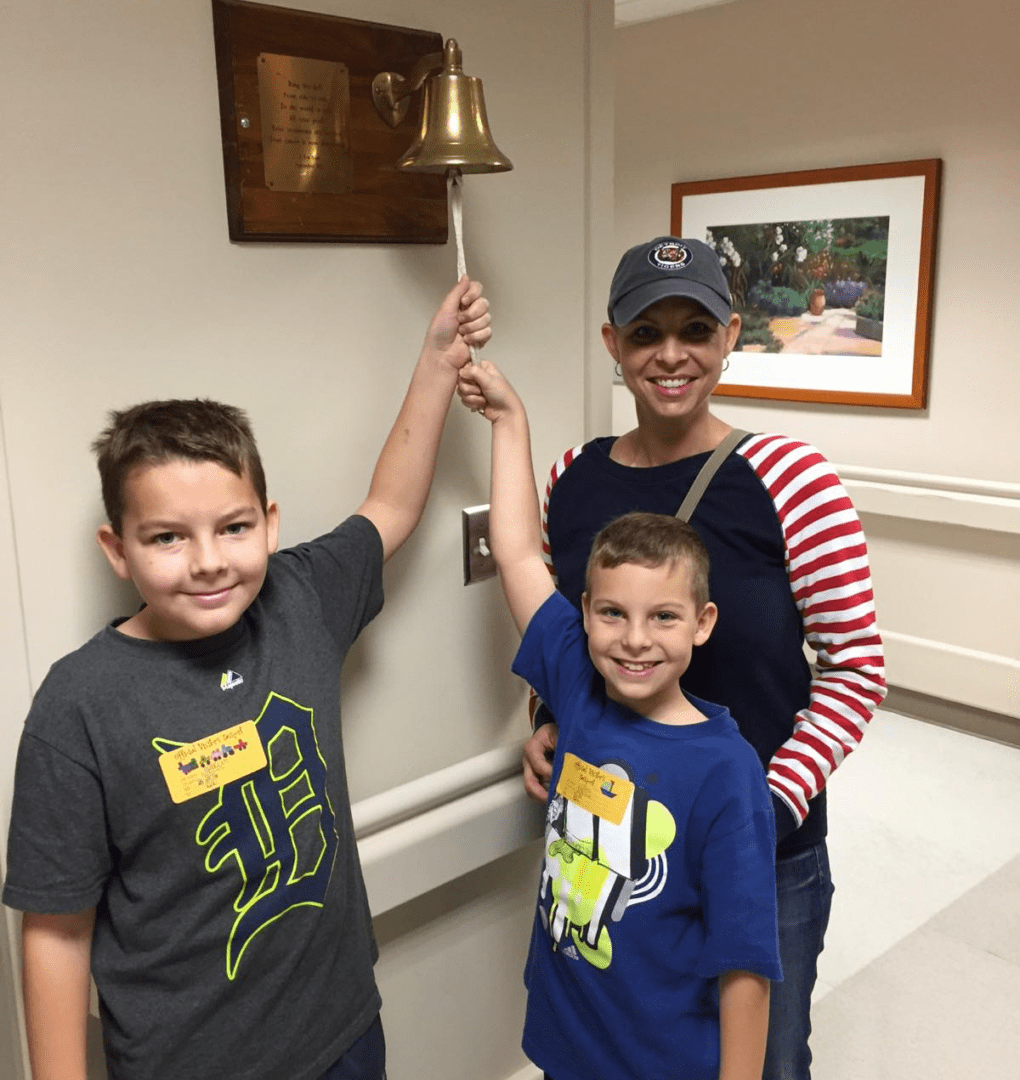 She was the first cheerleader I ever wrote about. Maybe the only one. It was 24 years ago, but I still remember Beth Hardman, because her smile was as blinding as a headlight and she wore a sock over her left foot.Or what remained of her left foot.Hardman had a rare cancer. They gave her a choice: Try radiation and hope it wouldn't spread or amputate the foot and be sure. And even though she was 16, an age when deciding what clothes to wear is a major deliberation, she didn't hesitate."I think we ought to take it off," she said.From that point on, Beth spent little time in self-pity. She was too busy sweating. That's what you do when you flip, jump, lift and holler during the grueling practice of competitive cheering. Beth, with one foot, went on to compete with her Sterling Heights teammates and win the state cheerleading championships. Then she went to Eastern Michigan University and taught cheering all four years at Dexter High School.And then she grew up.And never stopped smiling.Whenever I write a cancer story with a hopeful ending, I quietly worry about whether it will hold. How long before there's a sad coda? Sometimes it's a month. Sometimes a year. But in Beth's case, the monster stayed away. She married a surgeon. She moved to the small town of Almont. She had, most blessedly, children of her own, destroying the fear that so many young cancer patients have, that they will never live long enough to experience being a parent.Beth got to see her two sons born, walk, talk, go to school.And then her old nemesis came back.This time it was here to stay.Battling a diabolical disease"About five years ago, she told me, 'Mom, I feel something funny in my chest,' " Deb Rogalski, Beth's mother, recalls. "She went to the doctor and said, 'I want a chest x-ray.' They tried to talk her out of it at first. But she knew her own body."Sure enough, there was a tumor in the lower part of a lung. They removed it, just as they had removed her foot. Beth was all right with that. She didn't mind trading pieces of herself for more time on Earth. A foot. Part of a lung. As long as she could keep smiling, keep laughing with her husband, Tony, her kids, her friends, and keep golfing — her new sports passion — with a regular group of women, some of whom went back to her cheering days in Sterling Heights.I would like to say that is all there is to report, that Beth continued to do more with less. But like that old Janis Joplin song, the monster returned to take it, take it, another little piece of her.And this one they couldn't cut out."It was an inoperable node behind her sternum," Deb relates. The key word being inoperable. They tried a clinical trial drug. They tried chemotherapy. This went on for several years. In 2015, Beth and Deb went to Houston and rented an apartment, to be nearer to the MD Anderson Cancer Center, one of the few that specialized in clear cell sarcoma."We did four months of radiation," says Deb, who quit her job as a surgical technologist to be with her daughter, who had similarly left her job working with traumatic brain injury victims in order to raise her family.It turned out to be Beth's final months. One last stretch, mother and daughter together, as they were the moment Beth came into the world.A legacy of love and hopeThere's a book called "The Fault in Our Stars" in which a teenage girl meets the love of her life at a cancer group. They share a best friend who also has the disease. But before there was a book, that story played out for real with Beth Hardman. She met her future husband, Tony Kasper, through her teenaged friend Chris Goodney, a fellow member of her cancer group. Chris pushed them together.And then he died.But Beth lived. She was a cheerleader without pompons, an endlessly upbeat presence who never forgot birthdays or anniversaries, perhaps because deep down she knew every day was a gift. She didn't want pity, didn't seek it, and less than two weeks ago, back from Houston, she was golfing with her group. The next morning, she called her mother and said there was an emergency, she was bleeding, and within a day, she was gone."We know we were blessed," Deb says. "We didn't expect her to graduate high school, go to college, get married, have children. We got 26 years. But we still miss her."Beth Kasper was buried this past week at 42. Her legacy is her family, her kids, her former teammates, the group of battlers of clear cell sarcoma that she inspired — and a lesson that her dear friend Karrie Butzu recalled in a eulogy, the one Beth told her oldest son, Harrison, about his baseball. "Stay in the batter's box and don't be afraid to get hit."Beth wasn't afraid. But boy, did she get hit. She was the first cheerleader I ever wrote about, but one of the highest order, because she effused hope. I was lucky to tell her tale, and only wish it was longer before I had to finish it.